Living outside the U.S. for quite some time has made me realize, more than I ever did before, the true extent of American exceptionalism. When I say this, I’m sure that most of my liberal or progressive friends will immediately think of Donald Trump, who, using his talent for direct messaging, won the U.S. presidency with the exceptionalist slogan “Make America great again!” What liberals tend not to realize is just how exceptionalistic they are: how, despite all their leftist posturing, they still believe in their bones that America is special, somehow magically above the rest of the world. This disturbs me more than the usual trollery from the right. I expect conservatives to say things that I find offensive. But because my political values align more closely with liberals and leftists, I’m much more bothered by their exceptionalism.

From what I can observe from across the Pacific, here’s how I think liberal exceptionalism is on its way to handing an easy (and I do mean easy) victory to Trump in November. Apologies for the dark tone: I have no optimism left about American civil society.

What seems clear to me is that many liberals aren’t taking seriously enough the prospect of a real, crushing economic depression. A depression as bad as or worse than the one almost a century ago means mass unemployment, bitter social strife, widespread desperation, giant slums, even starvation. It seems to me as if lots of people just don’t think this is possible in the U.S.–as if there’s some cosmic magic spell that will prevent such things from happening in the blessed U.S. of A, even if the vast majority of people aren’t working.

It doesn’t help that my own little internet bubble is made up mostly of the sorts of people who can do their jobs with a computer and cellphone from the comfort of home. This place of relative privilege can make us blind to the fact that this kind of work is not what makes an economy run. We’re making ourselves into conservative caricatures: safe and cozy at our computers, working and watching Netflix in our pajamas; bitching about signifiers (“Look at Mike Pence without a mask!” “Look at all those assholes enjoying themselves on a beach!”); and blaming Trump Trump Trump, because blaming others is easier than actually acknowledging that we don’t know what the hell to do, listening to the shitty, least-worst-evil solutions that are the only ones on offer, and recognizing that jobs tapping away at computers don’t put food on our plates, warm our homes, or make all the stuff we use on a daily basis.

While the cushy computer-working classes are doing this, the Republicans have found a winning solution that will, again, make liberals and leftists into fools into November. The strategy is simple, so very simple. And, it has the virtue of being a strategy, rather than just sitting at home, bitching and moaning about the people in red hats. Trump is performing this with no hesitation, and without wavering:

Part one: choose the economy. Prevent or mitigate the coming depression by giving up on the attempt to halt the progress of COVID-19, and trying instead to slow it spread, but only in ways that are compatible with rescuing the economy.

Part two: blame China. Direct the anger and despair that will result from COVID-19 (sorry, but halting its spread in the U.S. is a lost cause) toward China. Maybe a little toward the WHO. And if he can get away with it: Mexico and feminists.

Simple and easy. Unless liberals get their heads out of the sand, it’s the one that will win Trump a second term.

3 thoughts on “How Liberal Exceptionalism will Re-Elect Trump” 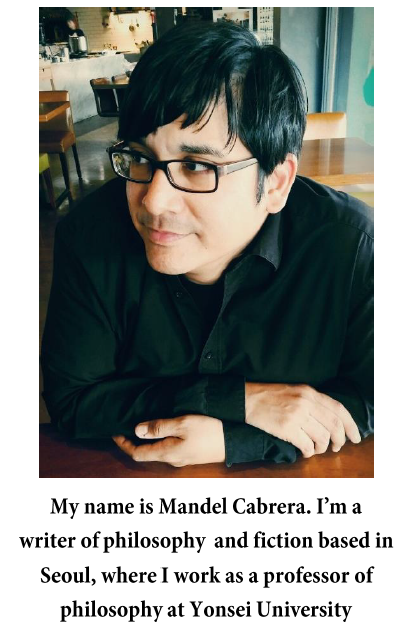 The latest post on my blog, Empassive: on Kierkegaard's views about the role of anxiety in the religious impulse, and the profound differences between his views and the Augustinian conception of Christianity. Go to mandelcabrera.com or click on the link in my bio!
Reflections on love and the Biblical figure of Christ - the latest post on my blog, Empassive. Go to mandelcabrera.com or click on the link in my bio!
Some thoughts on the concept of the supernatural - the latest post on Empassive. Go to my profile for the link, or visit mandelcabrera.com
This week’s post on Empassive: the first of a two part reflection on the accusation that Spinoza’s ethos is one of absolute resignation.
Wonder as flicker and as mood - this week’s post on Empassive.
Check out the new issue of Colin Lee Marshall‘s great journal Erotoplasty, containing work by a host of writers, plus two short reviews by yours truly of some little-known modernist masterpieces. The first review is of Unica Zürn’s The Trumpets of Jericho. The second is of a volume by Henri Michaux (Life in the Folds) that was the subject of a recent essay on my blog (mandelcabrera.com). And, just in case you missed it, Erotoplasty 1 contains a short story of mine entitled “The Truth of all Tellings: A Report on the Coming Dissolution”. Link in bio!
%d bloggers like this: